Our second flight with South Jeffco Robotics included a new revision of the self-orienting payload, a brand-new radiation sensor (another world first flight, this one managed by the SJR girls!), live environmental telemetry from our flight control module, and one of the most linear flight paths we've ever seen in Colorado - we really did go straight east for nearly the entire flight.  This flight was also our first launch from Colorado Springs East Airport (FAA ID: CO49) - we're thrilled to be working with the entire team there to make it a regular launch site; it makes having an airborne team that much easier - they can land an join in the fun of the launch! 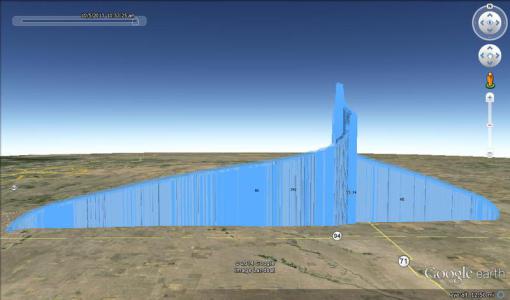