The mission of Edge Research Lab is to expand humanity's knowledge of the physical world, encourage enthusiasm in STEM education, and practice efficient research through the novel application of existing technology where possible and the development of new technology where necessary. 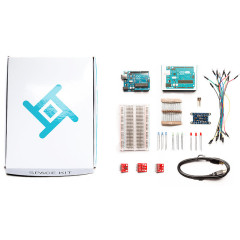 EDGE has been honored to be supporting ArduSat's mission to bring space-based STEM education to the classroom since the very beginning.  It's a effort that we're passionate about, and is one of the reasons that we're so excited about this particular post.

We were treated to ArduSat’s first release of the Space Kit, a kit loaded with all the sensors that are on a Spire CubeSat.  The kit allows users to build experiments in their own classroom before they deploy them to their specified time slot on the CubeSat.  The target of the SpaceKit is classrooms, but they have individual kits as well.  We've spent a lot of time working with the folks at ArduSat, and will be launching a Space Kit on a flight in the near future.  Until we get the chance to fly one (it will be soon, don't worry), check out this review from EDGE's Matt Rasband:

EDGE Teams up with The Register for the LOHAN project!

Few things are more rewarding than a good collaboration, and you have a chance to experience that by collaborating with us and the international team from The Register's Special Projects Bureau to do something truely remarkable: launch a rocket-powered spaceplane from a balloon!  We've tweeted about our involvement with the project before, but now it's official - the Kickstarter campaign is live, so you know it's a Real Thing (as everything on the internet is), and you can experience the rewardingness of collaboration.  EDGE will be providing operations and logistics support to the mission, and we're thrilled to be working with the team that holds the Guinness world record for the highest launch of a paper airplane.  More information can be found on the Kickstarter campaign page: https://www.kickstarter.com/projects/vulture2spaceplane/balloon-launch-of-the-vulture-2-rocket-powered-spa

More About Our Mission

There are two main ways that we're fulfilling our mission: the BEACON project, and our work with the students of South JeffCo Robotics (a collaborative after-school team comprised of students from five area high schools) and other students from Denver and Colorado Springs.  EDGE11 is the most recent flight that featured payloads designed and built entirely by students, and it was very successful - in fact, one of the students involved just lettered for his participation in the team!  Also, the Balloon Enabled Atmospheric Conditions Observation Network (BEACON) project is moving forward: the first full BEACON sensor launch is scheduled for the end of the summer of 2014.  We're not yet releasing too many details, but a sneak peek is below.  Along the way, we're here to help anyone interested in exploring the fascinating world that we live in.